Hills for Brunch: The Day After the Mulholland Challenge

dlmcycling > Journal > Hills for Brunch: The Day After the Mulholland Challenge 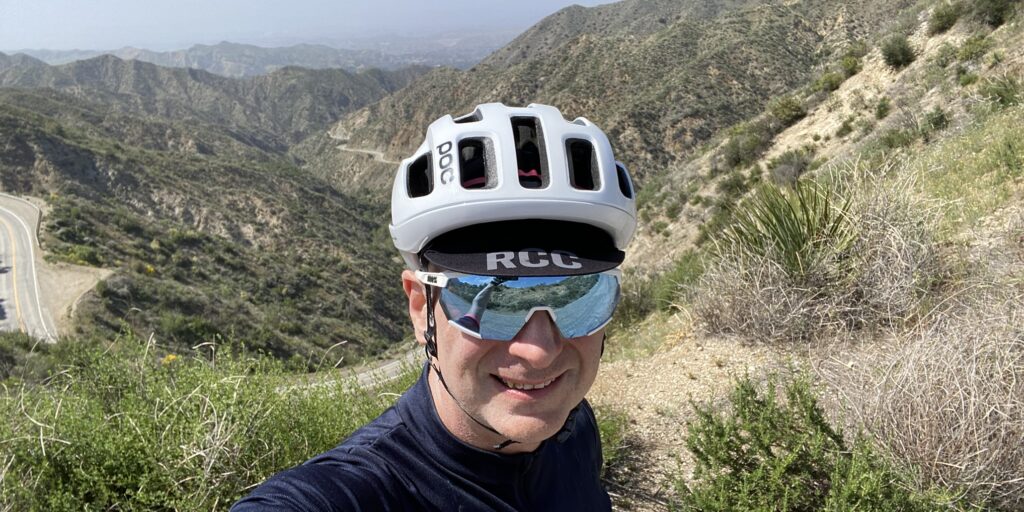 On Saturday, April 9th, I completed the Mulholland Challenge, which is Stage #1 of Planet Ultra’s “King of the Mountains Century Challenge.” However, I am not writing about that. Instead, I am writing about the next day, April 10th. Because the official results of the event have not yet been posted, I have decided to post these stories out of order.

Laying awake in bed on Sunday morning, around 5:00 a.m., I realized that I did not sleep well. Half the time, I was thinking about the ride on Saturday, and the other half the time it seemed like I had to get up to pee. I had gone to bed at 10:00 p.m., but I did not recall having any sleep. In the midst of it all, I was trying to figure out whether I should ride my bike on Sunday, and if I were to ride my bike, what route would I follow? I was dead tired and sore all over. At around 6:00 a.m., I finally fell asleep.

At 9:30 a.m., I was awake again, and still on the fence as to whether I should go riding. My training plan had me doing a five-hour endurance ride. Ugh! If I did not ride, how would it affect my training volume? Would it set me back with regard to the double century I have planned in May? The leader board on Mt. Everest Challenge also had to be considered: If I did not log any elevation gain today, then my position would suffer, and I was already falling behind.

Finally, there was that damned Facebook post that I made on Friday evening as I was heading out to Agoura Hills to check into the Mulholland Challenge, wherein I boldly proclaimed that I would be back in the mountains on Sunday “provided I am not completely knackered.” At the time I posted it, I figured this little condition would give me an easy out if I woke up feeling like I was feeling Sunday morning. Of course, that “easy” out would require an all-too-human admission.

Then, of course, I remembered Rule #5, and the matter was settled.

To address this issue, I’ve been kicking around the idea of doing hill repeats on Skyline Ranch Road after work. On Sunday morning, therefore, I thought I would warm up and test out my legs by doing some Skyline hill repeats to get a feel for the gearing, power, and time. It turns out that each climb up Skyline from Sierra highway is about 1.9 km and 100 meters of climbing, and each full lap takes about 10 minutes at the high end of my current

After doing five hill repeats on skyline (about 515 meters of climb over 20 km), I determined that my legs felt pretty good and I headed off to Camp 9.

The road heading up to the summit is in rotten shape, and it is closed to motor vehicles. The road was covered in many spots with large rocks and gravel, and the pavement was broken up pretty bad in some spots, with a few gigantic potholes measuring about 1-2 meters in diameter. I was riding 25mm Continental GP 5000 TL (tubeless), and was careful to choose the best lines I could in order to avoid sidewall damage. I only had one extra tube with me, to use in the event of a puncture to large for the sealant to seal. Even as careful as I was, there were a few close calls, and I encountered a few rocks that I thought had damaged my tires. Fortunately, however, their bark was worse than their bite, and I did not have any flats.

The views on the Santa Clara Truck Trail, as the road is officially named, are stunning. In the first half of the climb, there are some great views of Mt. Pinetos to the west and Sand Canyon Road below. The second half of the climb has amazing views of the Magic Mountain wilderness, which extends as far as the eye can see to the south and east. These views were well worth navigating the poor conditions of the road.

After 5:00 p.m., the descent down Sand Canyon Road was smooth and fast, with not a car in sight. Even better, there were no cars on the road until I got to In ‘n’ Out Burger, all the way past the residential section of Sand Canyon. This, plus a mild tailwind and the humming sound of my wheels turning on smooth pavement, made the second half of the descent particularly delightful. Then, it was just a short slog home. Somewhere along the way, my mind got set on pizza and wings for dinner. My Garmin reported that I had climbed over 2,300 meters, and between this ride and the Mulholland Challange, I think I earned it.

And, in case there is any doubt, getting on the bike, as usual, was the best decision I made that day. Thank you, Rule #5.