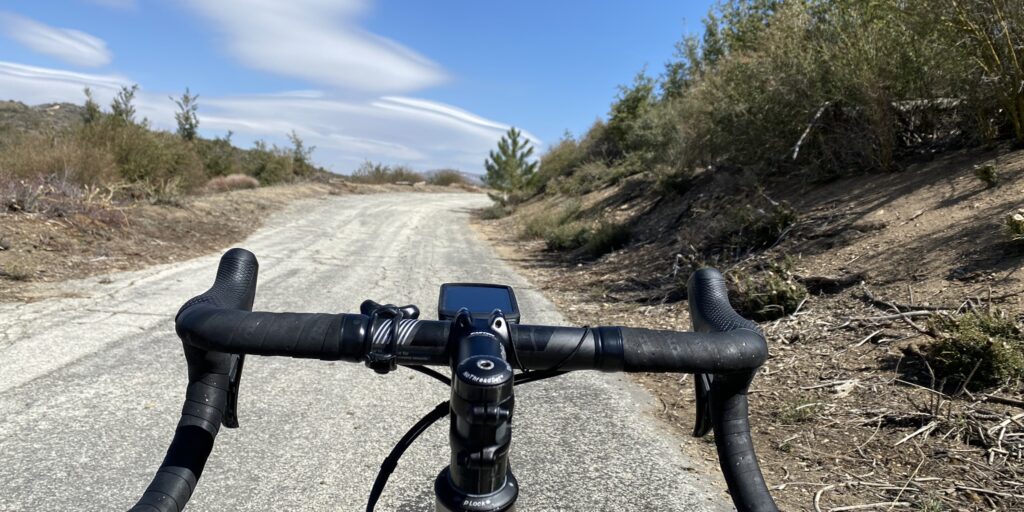 It was another great weekend of riding, despite the savage wind conditions.

After a tough, stressful week at work, I found it difficult to wake up early on Saturday morning, even though I was excited to get out on the road. Then, I had to do my home exercise program and pre-ride warmup. I was tempted to skip it, so that I could start the ride an hour earlier. But I reminded myself that skipping it “just this once” was just a slippery slope that would lead to re-injury and even more downtime. So, I did my whole routine, and an hour later I was ready to finally start getting ready to roll out!

I knew it was going be windy; I could already hear the wind whipping around outside my house and whistling through the windows. But the sky seemed to be a somewhat clear (despite the forecast indicating cloud cover between 40% and 80% or so). The temperature at Mt. Gleason was forecast be around 40ºF, but the temperatures here below were expected to reach a high of about 64ºF. I opted to wear a long sleeve jersey and tights with a light merino mesh base layer. I also brought a light vest along for the descent.

So, I did not leave the house until 10:00 a.m. And, before leaving the house, I promised the family that I’d be back in time to go out to dinner at 6:00 p.m. Adding in an hour for my recovery and stretching routine, that left just barely enough time to do the 100-mile ride that I had planned for the day!

Heading out Soledad Canyon Road, I started to wonder if I should have gone with short sleeves and shorts with arm and leg warmers. The sun was beating down, and there did not seem to be a cloud in sight. But almost as quickly as the heat came on, it started to dissipate. As I headed up Aliso Canyon Road, the wind felt much cooler, and I saw some clouds spilling over the mountain. “Up there!” I said to myself, “that’s where I’m going….”

When I got up to Mt. Gleason Road, the gate was closed, and I hopped over it. This was my first time on Mt. Gleason Road, so I don’t know if it’s always closed. I also did not really know what to expect in terms of road conditions. It turns out the road is not all that great. There are several sections with rocks both large and small strewn across the road and some nasty potholes and cracks. In addition, there are two very small sections that are washed out or completely covered in sand. (I did not take very many photos, and in retrospect, I wish I had. Maybe next time ….)

I had wanted to go up to the summit of Mt. Gleason, at least as far as the road would take me, but the paved road appeared to end at the ruins of Fire Camp 16. The view from there—looking out over the rugged wilderness spanning from where I was to Mt. Wilson and beyond—was simply amazing!

I have heard that Mt. Gleason Road continues beyond a short, rideable dirt section behind the former Fire Camp 16, but I did not have the route set up on my Garmin, and I was running a little low on water and short on time. So, I decided to turn around and make my way back down the mountain.

The descent on Angeles Forest Highway was fast and beautiful. Heavy, dark clouds had now filled the sky. The crosswinds were particularly brutal on the descent, and a strong gust reminded me to take it easy.

After a brief stop for water in Acton, I continued on Escondido Road and then back to home. (*Okay, so the ride was only 97 miles, not 100. But if I had opted to ride another 3 miles, I am certain they would have been just as enjoyable as the first 97.)

I made home in plenty of time to stretch and shower before heading out to dinner. When I arrived, however, my wife announced that the plans and changed and we were going to eat in and watch a movie instead. I immediately thought about those three miles I skipped and just shook my head. “Okay, sounds good to me!”

On Sunday, I completed a 3.5-hour endurance ride, according to plan, on the river trails. (I am in the process of ramping up my weekly miles in preparation for a double century I have planned for May and a few shorter events on my calendar between now and then.) I was fairly knackered from the previous day of riding, but once I got going, I felt fine.